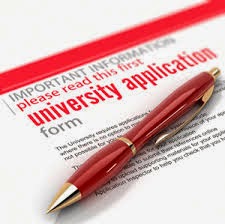 In late October I coached a 17-year-old friend, Alex, on writing his essays for the Common Application, an online admissions application used by more than 500 universities and colleges around the nation. Alex wanted to apply Early Decision to Brown University and had a Nov. 1 deadline.

I first met with Alex on Oct. 21. I'm a family friend, so we met at Alex's house, something I wouldn't do if I were mentoring a writer with whom I wasn't personally acquainted. I had recently attended a workshop about college scholarship application essays, hosted by the Salt Lake Teens Write program, so I had good information to share with Alex about what to do vs. what to avoid doing in writing his essays.

We began this first session by reviewing the requirements of the Common App and the 650-word Personal Essay. There were five writing prompts to choose from, and through conversation and questions, I helped Alex quickly eliminate three of the five prompts. More conversation and brain-storming helped Alex select the writing prompt that engaged him most. After an hour of talking, we both felt ready to wrap up the session and set a time to meet the following week.

At our second meeting, on Oct. 27, I was a little surprised to discover that Alex hadn't done any writing beyond a few brief notes. With no text to review, we spent another hour discussing various ideas for how to structure Alex's 650-word essay and make it specific and personal to him, while including key information that application reviewers look for most. With just a few days until the Nov. 1 deadline, we didn't set another meeting but agreed to communicate via e-mail.

The e-mail exchanges were where the work of writing and revision really took place, and they accounted for about another three+ hours of mentoring. Alex e-mailed me a 500-word supplementary essay on Oct. 29. Individual schools may require several pieces of supplementary writing in addition to the 650-word Personal Essay, and Alex chose to knock out these smaller tasks first. We had two back-and-forth exchanges about this first piece of writing. I started by making long-form comments in an e-mail and subsequently used the Review Mode of MS Word to send Alex margin notes and line edits. Whenever I send a writer a revised copy of their writing in Word, I always advise them to view the document in Final Review Mode first before looking at the comments I've left and changes I've suggested. If they see how the clean copy reads, they're not disheartened by margin notes and line edits. Since Alex is a strong writer and typos can be deadly on applications, I had no qualms about including copy-editing in my mentoring on this occasion.

Things really heated up the day before the deadline. Starting at 8:30 AM Oct. 31 and concluding at 12:15 AM on Nov. 1, Alex and I exchanged 18 e-mails. During the day, Alex sent me two short essays and I responded with comments in e-mail and margin notes in copies of his essays in Word. Alex finally got to work on the "main event" – the 650-word personal essay – around 8:00 PM. We had an e-mail exchange about some doubts he had about his choice of topic, and then he forged ahead, sending me the completed essay around 9:45 PM. I e-mailed him a few general comments from my iPhone while out celebrating Halloween, then sent him margin notes, questions and line edits in a Word document around midnight. He integrated my suggestions, went to bed, and reviewed and submitted his work before the mid-day deadline.

Alex later told me that, given the way he writes, he could have either taken two months to craft his essays or written them in a burst of last-minute energy, as he did. The last-minute option worked for him – as far as mentoring – only because he had an extremely accommodating mentor who wanted the practice. If I were to set up a mentoring plan for high school students writing their college application essays, I'd recommend that they schedule about six weekly sessions with a tutor, lasting 45 to 60 minutes each, and that they start working no later than Sept. 1. The Common App releases the year's writing prompts as early as February, so students do have time to take their time, if they choose. Nothing beats in-person mentoring for initial sessions to review assignment requirements and generate ideas about topics and structure, but online responses can work well after the writer has produced a first draft.

Finally, Alex gave me a page and a half of written feedback on our mentoring experience, in response to my written questions. I'll conclude with just two of the comments I find most important:


Will you approach writing any differently as a result of your experience with this mentor? If so, how?
Yes, I will seek out editing more often, leave more space for deadlines, and adopt a more draft-focused workflow than before.


Would you find value in working one-on-one with a writing mentor again?


Absolutely. I believe it is the best method for meaningful revision of writing to take place.